There are a lot of weird things in the world that might be a shock for people who are not familiar with them. There are bizarre rules, cultures, laws, things of use and so many things that may be weird for people around the globe. Similarly, some dishes might come as a shock when you hear about them but if you are an adventurous foodie, you might want to give these weird dishes a try. These dishes are extremely weird and some might even get gross. Try these dishes and add them to the adventurous food you have eaten so far. You would be trying the weirdest foods in the world that in itself is a lot courageous.
1: Crunchy Locusts 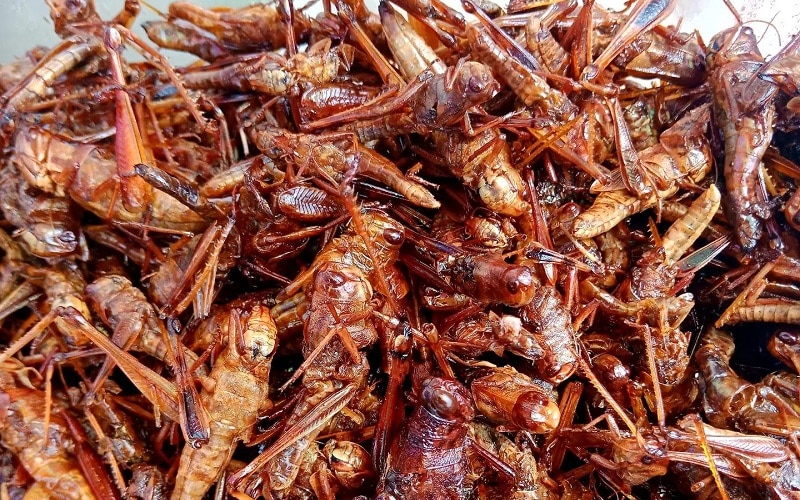 Locust attacks can be a nuisance to many people but not to the people of Israel. Here in this country, locust is a local delicacy. This is one of the weirdest food in the world. This dish is prepared by deep frying these pests and coating them with chocolate. They are local street food that you would see when you are roaming around the place. They find locusts a good source of protein and thus get to have a great protein source and at the same time get rid of the pest.
2: Casu Marzu 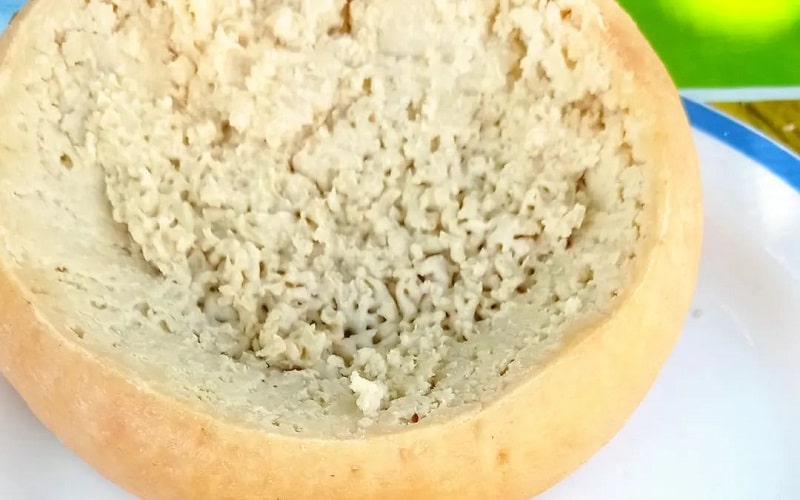 Well, who would say no to cheese? People might, to this one in particular. Casu Marzu is a weird cheese that is a Sardinian delicacy in Italy. What makes this cheese bizarre enough for you to say no is that this cheese has live maggots in it. Can you eat a slice of cheese with maggots, well you can also ask for without maggots? This cheese is set to expire and then larvae are added to pecorino which then grows to be the insects, and eats the fat, leaving a creamy cheese for people to enjoy.
3: Fried Tarantulas 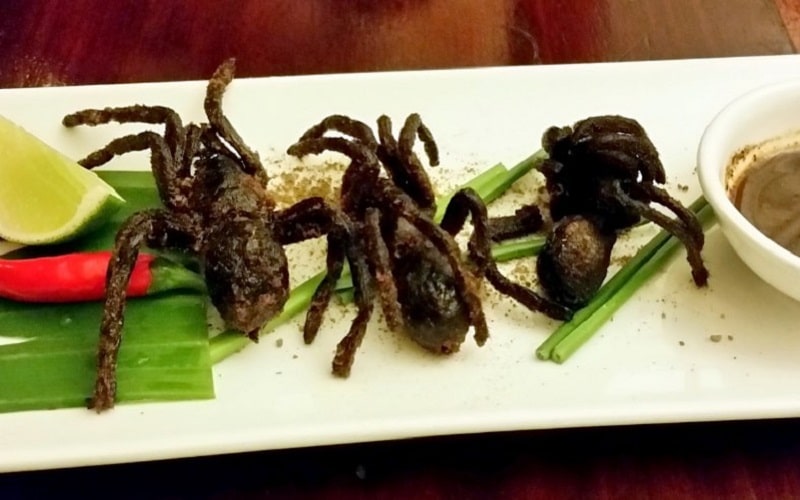 People are scared of small spiders, imagine a big tarantula, a whole another level of fear. What if we tell you this is not an insect that is fear but a snack that is munched around? Weird right? People of Cambodia eat this snack throughout the country. There is a town that is known as spiderville because of the popularity of this dish there. There fry this giant spider and make it crunchy on the outside. This is another bizarre food that you can try if you are brave enough to.
4: Stargazey Pie

As cute as the same sounds this dish does not look cute at all. You might be thinking about a dish that you can enjoy at a romantic dinner with maybe a rooftop cafe but it would be better if the dish is not on the table for your date. This dish has a legend attached to it and was served before the December festivals. This dish consists of eggs, potatoes, and pilchards that are covered with a pastry crust to bake and served as a pie. This seems like a normal pie dish, except you get a head of fish poking out of the crust.
5: Balut 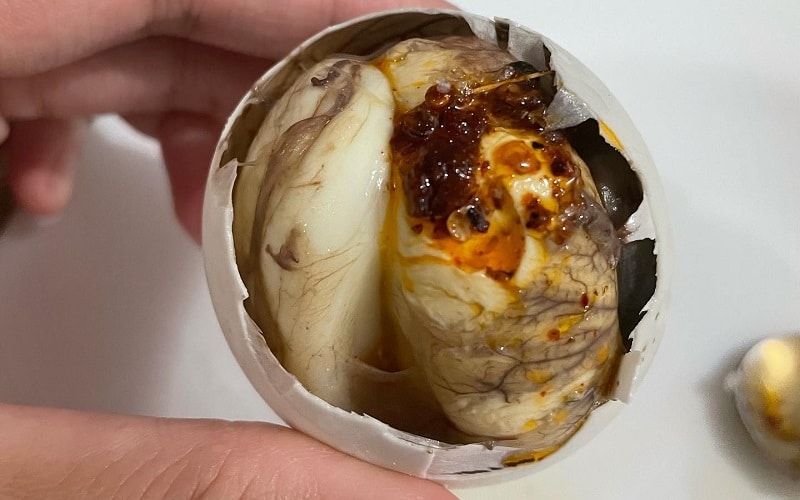 Egg delicacy that might not be something you would be comfortable eating. This is an egg delicacy of the Philippines that uses fertilized duck egg that is in the early stage of development. This is then boiled alive. Then they break the top of the shell, add some ingredients such as salt, pepper, and vinegar and have everything that is inside the egg. Drink the liquid, have the developing embryo, and eat it. Are you brave enough or adventurous enough to try this dish?

Conclusion
These are just five of the many bizarre dishes that are out there in the world. If you are a foodie then you would love to have new cuisines and dishes during your travel but would you be brave enough to try these dishes? These are the dishes that you might never want to try, some are even gross. But hey! You can be adventurous and give it a go. These are delicacies in some regions and thus you can add more adventure to your trip with these dishes, or you can stick to the simple and plain cuisine that can be eaten regularly without being uncomfortable. It is upto you if you want to try this or not.